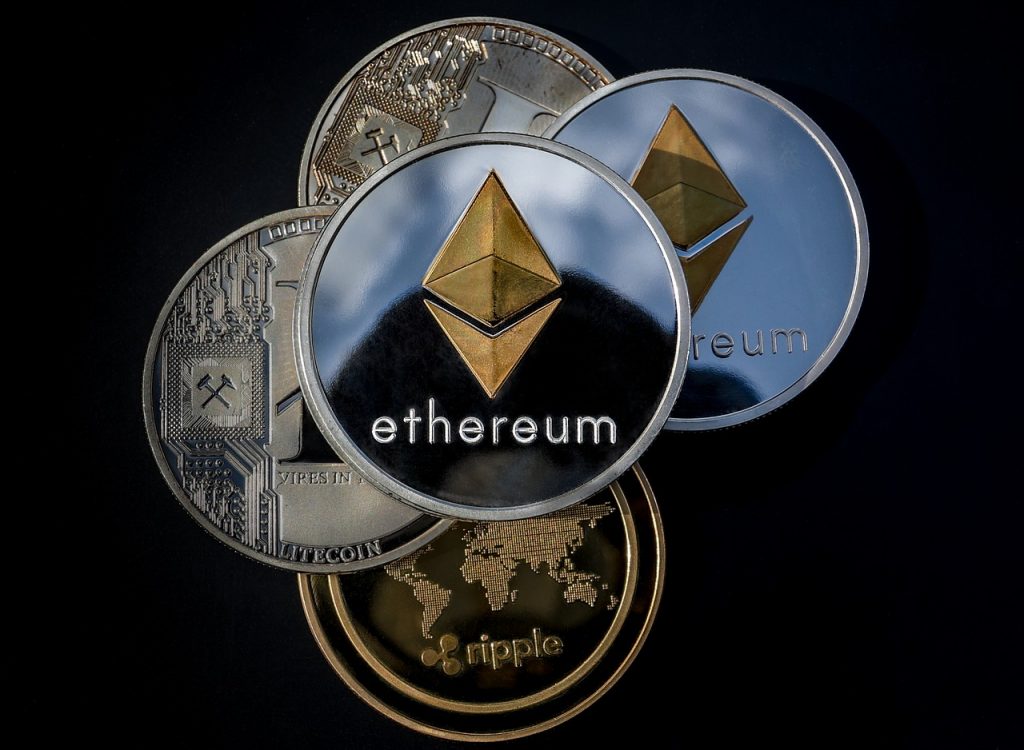 The fees on Ethereum have, once again, reached new records. Is it because a stock exchange failed to vote – or because of malicious spam contracts that attack Ethereum? Is it even the competitor EOS behind it, as some claim? We’ll take a look at what’s going on – and at the same time explain how the fees called “fuel” work at Ethereum.

None of this looks entirely organic. The pool of unconfirmed transactions at Ethereum jumped from 16,000 to Etherscan’s 70,000 within minutes on July 17, remaining at this level for two days, then falling to just under 60,000 but soon rising back to more than 70,000. For the users of Ethereum this is a nuisance.

Ethereum operates at the limit. This is not new in itself. With around 700,000 transactions per day, the Smart Contracts have been using almost all the resources that the miners are prepared to give to the network for some time now. As a rule, however, the “fuel prices” remain reasonably bearable, so that at least normal transactions remain relatively cheap despite the long queue. Over the past week, however, the fees have reached a level that also makes them oppressively expensive.

Before we turn to the concrete – somewhat nebulous, but exciting – reasons for this peak, let us first explain what the “gas prices” at Ethereum mean. They are similar to the Bitcoin fees, but a little different. If you already know, you can skip the following paragraph.

Fuel For The World Computer

A medium post explains quite vividly what is meant by “gas price” or “fuel price”.

First of all, one should not imagine Ethereum as a currency, but as a “world computer” that performs computing operations and stores data in its Ethereum Virtual Machine (EVM). “A transaction represents a single session on this world computer. It is the basic unit of interaction, similar to a sentence being a unit of grammatical representation, even if it contains a lot of words”. 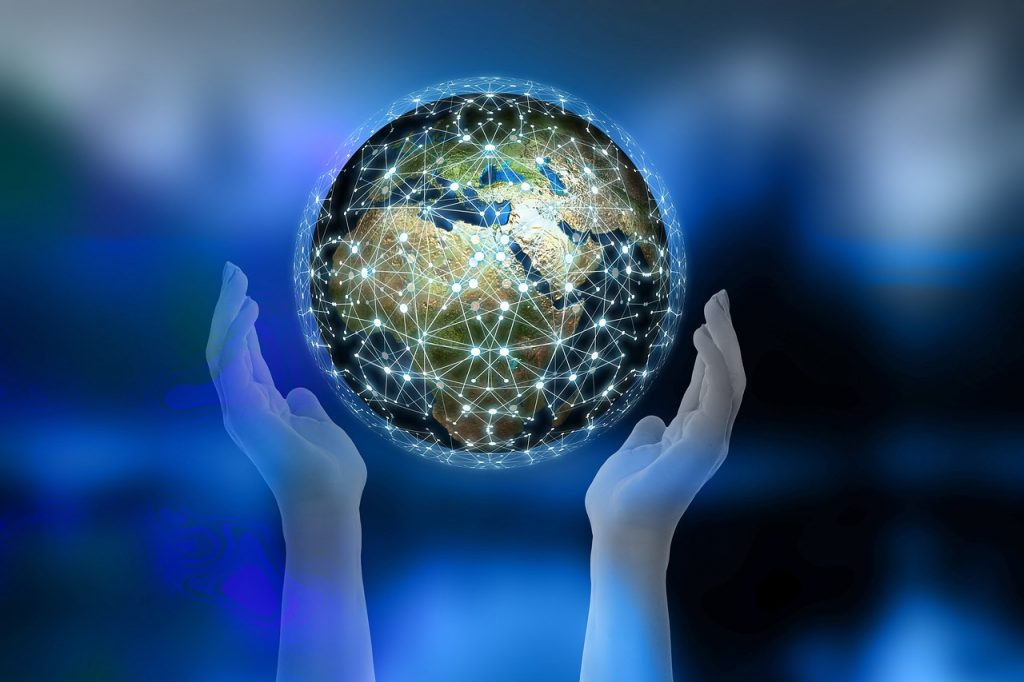 The fuel or gas is the unit of measurement for this world computer. “An analogy would be that electricity is measured in kilowatt hours. “Using more processing power and memory at Ethereum means using more fuel.” Every EVM operation – an addition, a hash, a signature – consumes a certain amount of fuel. The blocks are hard-coded and can only be changed by hardfork.

On the other hand, fuel prices are flexible. They are given in ETH, more precisely in Giga-Wei (GWei), i.e. one billion Wei, the smallest unit of Ethereum. One GWei corresponds to 0.000000001 ETH or a tiny fraction of a cent. When a transaction is sent, the Wallet first calculates how much fuel it will consume. A normal transaction, which only transfers ether, requires about 21,000 gas, which amounts to a fee of about 10 cents at current gas prices. More complex transactions, such as those used by the game CryptoKitties, consume so much fuel that costs quickly rise to single or even double-digit euro amounts.

Instead of a “block size” such as Bitcoin, which determines the size of the blocks in bytes, Ethereum has a “gas limit” that limits the amount of gas processed per block. The miners can raise this gas limit, but are currently reluctant to do so because there are concerns in the Ethereum community that a further increase in capacity is damaging the network. Therefore, Ethereum has already reached a state where users are competing with the price they are willing to pay per gas unit to bring a transaction into the block chain. So there is a market for the computing and storage resources provided by EVM.

A Stupid Voting Of A Stupid Coin Exchange

For over a year now, Ethereum has been operating at its limits. We know this from Bitcoin well enough: fees become more expensive, it takes longer to confirm transactions, tens of thousands of transactions are waiting in the MemPool and it takes a few days to weeks for the situation to calm down again.

There have always been occasions that have led to a temporary peak in the Ethereum MemPool: An ICO in such demand that it needs the capacity of an entire day in just a few minutes, a smart contract that, like CryptoKitties, is so successful that it ties up large parts of the network resources. Such peaks usually subside after a few days. This time, however, the traffic jam seems to last longer. What’s the problem?

At first a rather unknown stock exchange was blamed. At the beginning of July, Taylor Monahan, the founder of MyCrypto, weathered the new and largely insignificant Chinese stock exchange FCoin. This exchange had had its users vote on which new tokens were listed for trading. Taylor said she had chosen the dumbest method imaginable:

“Instead of a traditional choice (like a fucking poll on their fucking exchange), they said it was wise to use the’cumulative deposit numbers’. Yeah, that’s right. No election by a vote, by people, by tokens. Instead: through deposits. You won’t believe what happened afterwards!!! People who have a financial interest in having their Shit Token traded on a Shit Exchange send these tokens in bulk to different accounts…”

A single, insignificant stock market can, to sum it up, block Ethereum for a few days, simply by choosing a wrong model to make users vote on tokens. But this could only be half the truth.

According to some Ethereum developers, the stock market was just a diversion. At the same time, several apparently meaningless ERC20 tokens have spammed Ethereum with transactions. The tokens seem so arbitrary and insignificant that their only purpose seems to be to spam Ethereum.

A good example of this is the “IFishYunYu” token: A copied standard ERC20 contract without a special feature, only with a loveless website set up by template and no reference to users or a market interest. But nevertheless the IFishYunYu contract sends so many transactions to allegedly individual accounts that it sometimes spends more than 50 ethers per hour on gas to transfer tokens via detours to a large number of accounts of FCoin. Some Ethereum developers conclude that the stock exchange is just a “red herring” to distract from what is really happening: An orchestrated, targeted and well-financed attack on Ethereum.

A blockchain analysis reveals suspicious patterns in the transactions of these tokens. The creator of the contract has created 5 billion IFish tokens and transferred them to his own account. From there he has distributed the tokens to about 10 accounts, which they all send to about 500-600 accounts each. “These are the accounts that spam the ETH network: It’s a single guy, the creator of the tokens.

Vitalik Buterin, the Ethereum founder, estimated that the fees for these spam waves alone cost more than 15 million dollars. So a lot of capital is being invested to harm Ethereum.